You are here: Home » Nylon Webbing Articles » Web Belts from Fashion to Military

National Webbing Products Co. offers a wide variety of web belts that are able to be used in different industries from everything to military, medical, and fashion industries.  The reason for different uses of web belts is that they are durable, retain shape and functionality, bear a considerable load which is easily measured, and is aesthetic and pleasing to the eye. 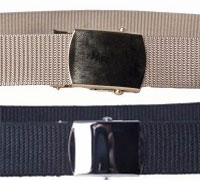 In the fashion industry web belts fill an important accessory niche.  Belts are used nearly every day, and therefore require a combination of both form and function.  Keeping this in mind, National Webbing Products Co. offers a wide variety of different materials for web belts, an extensive line of fashioners – including several varieties of metallic and plastic hardware, widths, and lengths.  Web belts are known mostly for their use in the military uniforms and organizations, but that does not mean that they are restricted to just one industry.  In fact, web belts are just as aesthetic as traditional materials, such as leather, with the added security of higher performance and longevity of use.

Military web belts are noted for their ability to meet and exceed prerequisites and specifications set forth by different militaries.  Military belts are required to perform to field standards to withstand the most vigorous and rigorous of environments and circumstances.  It is critically important to military operations that web belts perform consistently under pressure and that they operate according to the specifications.  With that in mind, web belts are designed using the latest technology and advances to ensure a quality product that can be produced at competitive prices upon which militaries can depend.

Web belts are becoming increasingly more popular throughout the belt industry for more than their industrial and military use.  AS noted they are used in fashion and more.  Other uses for web belts include other domestic industries such as construction and in pet care and maintenance.  Due to the load bearing nature of web belts, they are predicted to become more and more important in different industries and more a part of everyday life throughout the world in all industries, not simply the fashion, medical, and military industries. 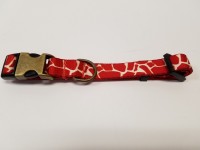 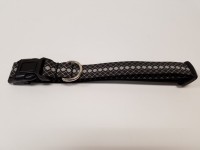 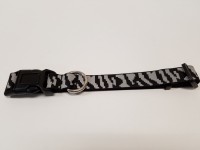 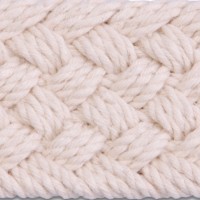